Binance CEO Says Ethereum ‘Can Do Much More’ Than Binance Coin

The CEO of one of the world’s largest cryptocurrency exchanges delivered an unexpected compliment to his rival this week – but markets appeared unwilling to follow.

In a series of tweets April 22, Binance’s Changpeng Zhao (also known as CZ) called for tolerance of the various blockchain projects within the cryptocurrency industry.

Users, he said, should not single out specific coins for criticism in order to present others in a better light – including his own, Binance Coin (BNB).

“I like the positivity for (BNB), but we really don’t have to diss any other coin,” he wrote in response to another tweet which said Binance’s asset would “have a devastating effect” on largest altcoin Ethereum (ETH).

(ETH) can do much more than (BNB) in features. Let’s grow together[.]

While Zhao has become known for his unwillingness to take sides in championing one coin or another, his defence of ETH is especially conspicuous as the latter continues to struggle with publicity woes.

As Bitcoinist reported, the backbone of ICOs has faced a barrage of criticism over its prowess from newcomers over the past year, specifically EOS (EOS) and Justin Sun’s Tron (TRX).

Sun in particular has been highly vocal about his dislike of Ethereum, frequently calling on projects using its network to migrate.

Zhao, however, even actively praised both the network and those who develop and maintain it. 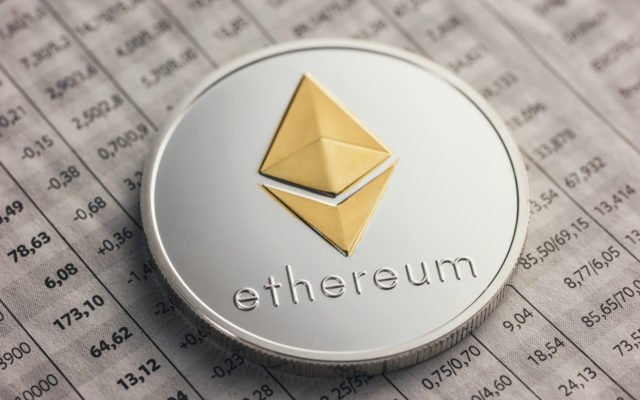 Despite the plug, however, market sentiment around ETH remained flat. In the 24 hours to press time, despite Bitcoin price’s rapid advance to new 2019 highs, ETH/USD managed to climb just 3.1 percent.

The lack of effect was all the more pronounced in light of BNB’s own recent surges, buoyed by Zhao’s regular support on social media. At the same time, a threat and subsequent decision to delist another altcoin, Bitcoin SV, from Binance, saw its price drop like a stone within hours.

As the native token of Binance which is set to play a major role as the exchange metamorphoses into a decentralized ecosystem, BNB [coin_price coin=binance-coin] has meanwhile become one of 2019’s best performing cryptocurrencies.

Prior to Binance releasing the first elements of its decentralized exchange Tuesday, The token hit a new all-time high in both USD and BTC terms over the weekend, peaking at around $25 before a slight correction entered.

Over the past 24 hours, the retracement has continued, BNB/USD losing 0.5 percent, but not before receiving a curious compliment of its own, this time from Weiss Ratings.

“It seems (BNB) is leading the market now – when BNB is up, the market is up – and vice versa,” officials wrote on Twitter. “Is BNB the new (Bitcoin)?”

It seems #BNB is leading the market now – when BNB is up, the market is up – and vice versa. Is BNB the new #BTC? #bitcoin #crypto

The comparison is, of course, amusing given that BNB is a centralized company-backed digital token while Bitcoin continues to be, well…Bitcoin.

What do you think about CZ and Weiss Ratings’ comments? Let us know in the comments below!