Tatiana Moroz, a singer-songwriter and entrepreneur, is the pioneer of revolutionary crowd funding model

The “Artist Coin” is a new kind of business model for Artists, Musicians or anyone with a talent and an audience looking to interact with their supporters and raise funds for their projects. Similar to IndieGogo or Kickstarter, the “Artist Coin” is easier to use with instant transfer at no additional fee.

Tatiana Moroz first caught the attention of the Bitcoin community with her single titled, “The Bitcoin Song.”

She describes the “Artist Coin” as offering “unique ways for people to become part of the creative process where as the fan base grows, the more valuable the tokens become.” Additionally, “this program incentivizes stronger relationships with fans where fans gain access to behind the scenes parties, sponsorship opportunities, early releases and more.” 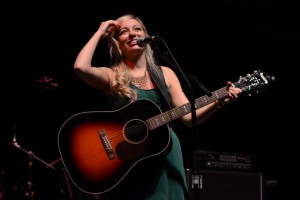 The funding campaign features a “gamified” donation system that varies the amount of “Tatiana Coin” rewarded to backers donating Bitcoin (BTC) or CounterParty (XCP) to Tatiana’s Official Campaign Address (to be announced at http://www.Coinpowers.com on June 3rd). Each day, backers split the to-be-allocated pool of 100,000 “Tatiana Coins” based on their contribution compared to everyone else during the same day. This allows savvy backers to snipe low-traffic days to receive a bonus number of “Tatiana Coin” from the daily allocation.

“The ‘Tatiana Coin’ is only the beginning,” explains Tatiana Moroz, “of what Bitcoin cryptocurrency can offer. There are endless possibilities with ‘Tatiana Coin’ and I want to see other artists and even start-ups adopt this fundraising platform which continues to build value long after a donation is made and the campaign ends.”

To find out more about “Tatiana Coin” and Tatiana Moroz’s efforts to develop the “Artist Coin” go to http://www.TatianaCoin.com and www.CoinPowers.com to get your coin!