The Bitcoin (BTC) price may soon resume its downward trajectory despite mounting technical robustness, an analyst has claimed.

Bitcoin (BTC) had buoyed investors in February, with average daily gains approaching 0.6 percent. In March, however, this figure has so far dipped to just over 0.2 percent.

“The entire industry is ripe to resume a path to lower prices,” Bloomberg quotes McGlone as saying in a recent report. Should the trend continue, he concluded, Bitcoin markets could see a repeat of behavior from late 2018.

In mid-November, when altcoin Bitcoin Cash underwent a contentious hard fork, the Bitcoin price fell considerably — losing almost half its then $6500 value. “Conditions are akin to November, just prior to the collapse,” said McGlone. “Prices are consolidating within narrowing ranges, with a few sharp bear-market rallies that appear fleeting.” 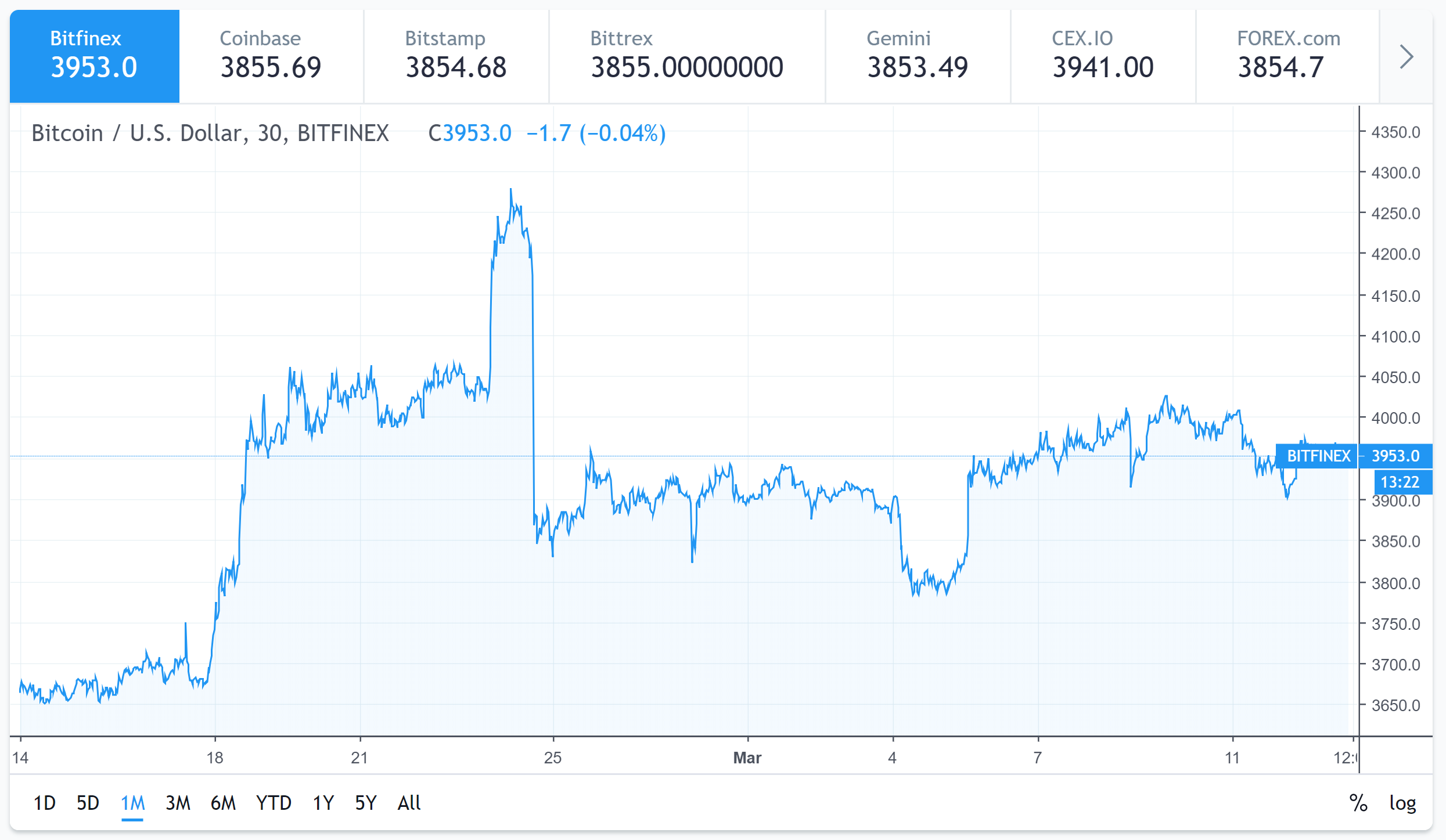 More price suppression would further test investor resolve, especially in the wake of an impressive return to form for Bitcoin’s technical indicators. As Bitcoinist reported, underlying aspects of the Bitcoin network have recently bounced back from November’s shock — suggesting a willingness to compartmentalize price and performance.

Meanwhile, Mati Greenspan, senior market analyst at UK-based trading platform eToro, argued investor attention was more focused on altcoins in the short term. For him, markets were “approaching the culmination” of the protracted bear cycle in force since January 2018.

“It’s just that investors are seeing more potential in some of the smaller tokens at the moment,” he told Bloomberg. “…We’re actually seeing some of the altcoins delivering spectacular gains in the last few weeks.”

What do you think about the outlook for the Bitcoin (BTC) price? Let us know in the comments below!