CPChain Bringing Blockchain to the Internet of Things

The Internet of Things is an exciting and quickly growing field of technology, and blockchain technology could make the platform quicker and more inexpensive. Cyber-Physical chain is looking to change the way IoT works.

The Cyber Physical Chain (CPChain) will enable the ever-expanding Internet of Things (IoT) industry to grow into a more universal network for devices all around the world. The primary goal of the project is to reduce the costs of system connectivity, ensure user privacy, and provide a stable, secure system for the IoT.

Blockchain technology can offer a lot to a project looking to disrupt major industries due to its decentralized and verifiable nature. Things like scalability, security, and real-time problem monitoring can be solved by implementing a blockchain in the right way. CPChain has recognized this potential market for a blockchain based IoT, and by combining distributed ledger technology along with encrypted storage and computing, a next generational IoT architecture can be built offering a complete platform for data acquisition, storage, and application of IoT industry to the public.

The IoT is still in its infancy and building an application such as this could send ripples through the technology community. It is estimated that around 3 billion devices will connect to the IoT in the next three years, and that number is set to grow exponentially. While very exciting, the concept is not without its problems.

The biggest issue is the cost. The fact that the system is centralized by a few parties can drive up costs. Interoperability (the ability for software to communicate with each other) between different clients or architecture raises its own set of problems, most notably isolability. This would result in “data islands,” with a few devices only connected with each other without connecting to the network at large. Privacy and security are two huge aspects that need to be a primary concern as well. And due to the anonymous and unidentifiable characteristics of a distributed ledger, these concerns can be easily addressed. 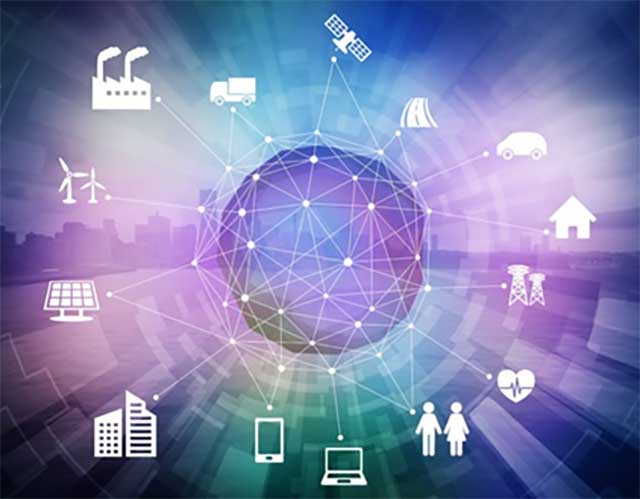 The Faces Behind the Idea

The team behind the project has a long history in finance and technology. The co-founder and principal scientist, Dr. Long Chengnian, boasts a doctorate in electrical engineering from Shanghai Jiao Tong, one of the most prestigious universities in China. Dr. Chengnian was recently interviewed about the project, having this to say about the goals of the platform:

The goal of this chain of information is to create a common IoT data openness and sharing platform that enables real-time data movement and is therefore used for many types of scenarios such as data storage, sharing and big data applications.

Investors are Flocking to CPChain

We’ve already seen a few big projects throw their weight behind the team. Big name projects such as QTUM and VeChain are supporting the project, and integration with other blockchain based projects could bring all of them to a new level.

VeChain, specifically, is looking to bring the transparency of blockchain technology to the fast-paced world of business commerce. Their goal is to facilitate verifiable information flow, efficient collaboration between businesses, and extremely fast value transfer.

QTUM looks to make distributed ledger technology easy and quick to deploy for business entities. The platform will enable smart contract execution and allow developers to build decentralized applications on top of the main chain.

There are also large backers in traditional funding and investment firms. Torque.VC, Chainfunder, and High Performance Blockchain have all thrown their hats into the ring as well. This is following the trend of “old money” looking to get on the crypto-train, as exciting projects such as CPChain warrant proper funding to fully bring their ideas to market.

Powering CPChain with the CPC Token

The system runs its own native token called CPC, which on its most basic level is meant to measure the level of economic activity of the platform. The token will be used as a sort of “gas” for transactions, which will fuel all transactions on the network whether it be data or an economic unit.

The token max limit has been set at one billion, the majority of which were sold privately to institutional investors. The team has kept a percentage of the total tokens for themselves but have locked them in a cryptographically secured crypto-vault for three years. This is meant to demonstrate a commitment to the project and incentivize the developers to produce a well working platform and valuable platform.

For more information about CPChain, please visit cpchain.io and download the project’s lightpaper and whitepaper.

Is CPChain the future of blockchain on the Internet of Things? How will it help facilitate mainstream blockchain adoption? Let us know in the comments below.