One of the few coins out there to show real promise by integrating truly anonymous technology is definitely CryptographicCoin showing some never before seen combinations in order to achieve the goal of anonymity.

By integrating technologies from Zerocoin, Novacoin, and even PeerCoin, it seems as if the goal at hand is fairly simple. The purpose of CryptographicCoin seems to be clear as they strive to bring a securer and more anonymous network, a field in which Bitcoin has failed in recent months. Not only this, it also implements a system that deletes transactions once completed which shows us the amount of effort put into making this coin completely anonymous, a feat not achieved by its counterparts.

Currently, CryptographicCoin will have a total of 100,000,000 coins that will be produced by both the proof-of-

work phase and the proof-of-stake phase. The benefit received from proof-of-stake is, essentially, greater security. This due to the lack of mining which nullifies 51% attacks on the network, and emphasizes on staking coins in order to receive a greater quantity of coins as the end result. However, CryptographicCoin excels at an even greater rate while using proof of stake thanks to its use of a CryptoBank which is based on the joint keeping of coins in a common wallet for the generation of new blocks. More information can be found here.

When it comes to altcoins though, you can never be sure on how the plans will be executed, and cryptographiccoin is no different. It will take some patience to see whether or not it becomes an actual contender to being a long-term coin, and we must also see if the developers keep their backing of the coin intact. A community, and a good developer are crucial in a coin’s development, and it will be no different with CryptographicCoin. Only time will tell if the coin becomes something more than simply another altcoin.

CloakCoin is an anonymous coin just as CryptographicCoin, yet it takes a different approach to anonymity. It has a total of 4.5 million coins and no premine using the X13 algorithm. Currently, it’s in the PoS stage which has an interest rate of 6%. It uses CloakSend 2.0 to execute its anonymous transactions; it also uses a decentralized marketplace, and a very secure wallet that includes CloakSend and a built-in exchange. A very interesting feature that makes CloakSend 2.0 different when compared to other ways of sending anonymous transactions is the implementation of PoSA or Proof of Stake Anonymity. You can find more information on CloakSend 2.0 by downloading the PDF.

Other than CloakSend, another important feature shown by CloakCoin is the wallet that they have developed. The wallet has integrated the Bittrex API in order to enable trade inside the actual wallet which makes the process of trading that much simpler and effective for both day traders and beginners in the cryptocurrency world. The Cloakcoin team is working on updates though, which would include a multi-currency wallet and a decentralized exchange implemented into the wallet. These would certainly make the coin stand out from all others. 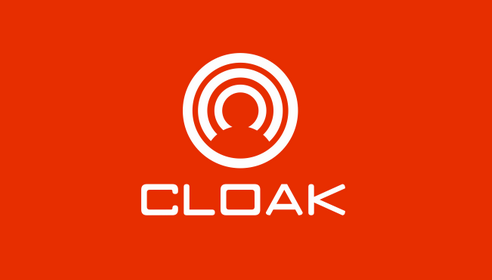 But one of the most unique features CloakCoin will soon have is a decentralized market called OneMarket. In this marketplace, you will be able to buy and sell goods anonymously. The marketplace will be hosted in the CloakCoin blockchain in its entirety. The reason why this is excellent in my opinion is due to the fact that it removes the threat of a government intervening and seizing all of the assets that a marketplace holds.

This was one of my biggest concerns regarding an anonymous marketplace, but the plan in place could be quite effective to counter a government wanting to shut down the marketplace. A recent update from the dev states: “This one will blow the water out of anything seen before in the crypto world. All we can say at the time is, CIARA” Going to be an interesting few days for CloakCoin indeed.