Powered by user-generated and user-controlled wellness and fitness data, Lympo enables the exchange of value through the introduction of native LYM utility tokens. Now that the ICO has ended successfully, the project takes a step further, differentiating itself completely by allocating 20% of company shares to LYM token holders.

Lympo enters a rapidly growing market, introducing a disruptive product that brings substantial value to everyone involved. The global sports market has grown by almost 100% from 2005, reaching $90.9 billion in 2017. Going further, the global healthy eating, nutrition, and weight loss industry has reached the staggering $648 billion in 2015 and continues to grow.

With the introduction of personal fitness wallet directly connected to different health apps and wearables, Lympo enters the market with an intention to improve its token holders’ both health and financial conditions.

It goes without saying that there is a global shift towards a healthier lifestyle. People seem to be concerned about their condition, appearance, and overall well-being now more than ever. Building upon the trend that will surely continue to spiral up in user interest, Lympo provides a personal fitness wallet that the user can connect to various health applications and wearables.

In a hassle-free manner, the project provides a solution to a number of currently existing issues. User-generated data will be conveniently rewarded with the native LYM tokens, allowing people to receive additional monetary value for their sports and health-related activities.

Lympo aims to become a multi-purpose platform where each participant receives measurable value. The digital fitness wallet, as well as the comprehensive user reward mechanism, is central to the blockchain-powered Lympo ecosystem.

LYM tokens can be earned by completing various pre-defined health and sports-related challenges as well as by providing individualized, verified, user-generated data. They can then be spent on various goods as well as services in a marketplace which already boasts more than 500 fitness professionals and seeks to expand into an encompassing network of health, wellness, and sports services and goods.

Taking a step further, the project will also introduce a crowdfunding platform where LYM tokens can be used to invest in data-driven and innovative projects which would continue to build on and improve the new ecosystem. 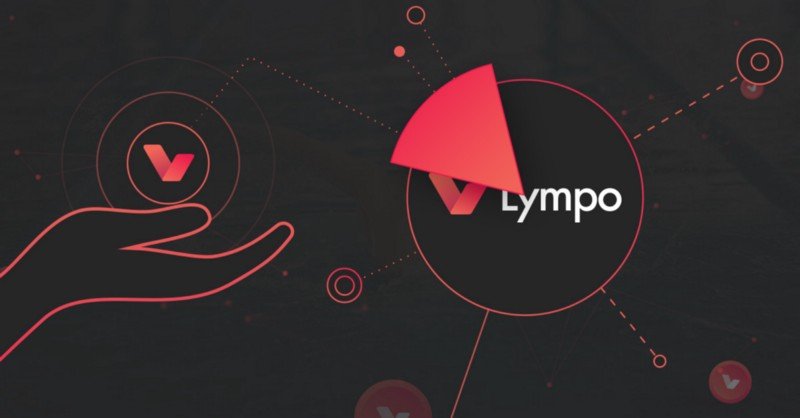 Giving Back to the Community

In the true spirit of the project, Lympo is elevating its game to a whole other level. Now that the ICO has ended successfully, the company has made the decision to distribute a total of 20% of its shares to the community – the token holders. Furthermore, it has also officially added an IPO as part of the future plans in its roadmap.

Lympo’s aim is a token with real long-term value, a real use case inspiring people to be healthier and mass market adoption independent from the entire crypto economy.

The distribution is to take place as a formal offering of equity options starting in early April 2018. 20% of its shares are to be offered to holders of LYM tokens. In order to prevent any concentration of power and the emerging of “big holders”, a limit of 1% ownership of the allocated pool shall be set forth.

The detailed scheme on the time of the share issuance and the qualifying criteria is to be announced soon.

You can find out more about the Lympo project and its current state of progress as well as recent announcements on the company’s website, Twitter, Facebook or take part in the live Telegram discussion group.

Can Lympo’s platform help people lead healthier lifestyles through incentivization? Tell us what you think in the comments below.