Etherbanking – Changing Your Mind on Banking

Etherbanking launched in August 2017 as the world’s first automated banking application with E-Smartcontract technology with an aim to “change your mind on banking.”

Etherbanking has already emerged as a successful cryptocurrency lender, with the team garnering over 100,000 members in their first 3 months of operation. Their ICO launches on the 10th of January 2018, where they shall be issuing 5 million EBC tokens, each with a starting price of $10.

Etherbanking envisions a bank with no branches, staff, or offices. Think of the way Uber works as a company without owning any cabs, or Airbnb without owning property. Etherbanking is keen to create a financially efficient system that benefits from the Ethereum blockchain, eliminating unnecessary costs that exist in traditional finance.

One of the unique features of the blockchain is that it removes the need for expensive third parties or pre-existing infrastructure that must be relied upon. Third parties also present a security risk, making blockchain transactions and confirmations far more secure. Etherbanking is looking to create a decentralized network of users to support and profit from the Etherbanking ecosystem.

Etherbanking allows anyone to become a miner and earn rewards from using a stake-based Proof of Stake (POS).

Etherbanking exists in an ecosystem composed of 5 specific components: the E-banking system itself, the Etherbanking App, the EBC Exchange Platform, The EBC-pay payment gateway, and the E-Smartcontracts.

E-banking offers a safe loan club for users, group savings, community mobilization aimed at allowing users to transfer capital with the community alongside smart contracts that help define the requirements of a transaction on behalf of both participants. Open fund certificates will be offered, allowing users to invest, with liquidity. Smart Insurance policies aim to revolutionize the insurance industry, allowing well-defined policies that result in instant payment to customers upon the conditions of insurance being met.

The Etherbanking App is set to be a multi-currency, all in one bank that will allow a user to easily swap between currencies as required.

The EBC-Exchange will be a multi-currency global trading platform using EBC as the currency that drives all transactions. The platform aims to provide an EBC token doorway to a multitude of currencies, in much the same way that Bitcoin is currently used as a predominant trading pair to other cryptocurrencies.

E-Smartcontracts. Etherbanking recognizes that smart contracts present barriers to users, especially in regard to how they may be specifically be programmed, therefore Etherbanking have developed their own propriety software allowing smart contracts to be completed with an array of pre-existing template options. To make this system secure Etherbanking will be using 2FA security and biometrics such as fingerprint, retina and facial recognition technology.

EBC-pay is the part of the Etherbanking ecosystem that acts as a secure, payment gateway. Transactions will cost 1% per EBC, just a third of the price of credit card payments. Etherbanking is already promoting this method of payment with leading e-commerce channels, and as a member of the system, you will have access to this payment method. 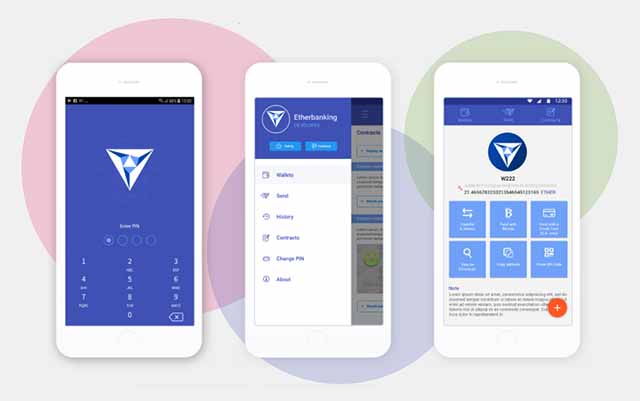 On January 10, 2018, Etherbanking begins its ICO, issuing 5 million EBC tokens from a total of 33 million. Each token begins at a $10 value, with coins divided into 11 blocks, each block contributing a $1 increase.

For each EBC purchase, investors will be rewarded with an Etherbanking bonus of shares when they are issued. There will be 5 packages on offer to investors:

Etherbanking plans to provide commissions paid in cash, with a bonus structure consisting of 16 levels enabling investors to maximise their investment. Etherbanking has set its sights on the EBC coin becoming one of the top 10 global cryptocurrencies.

For more information about Etherbanking please visit etherbanking.io and download the project’s whitepaper. You can find out more about their ICO here.

What do you think of Etherbanking’s vision of a truly decentralized bank? Let us know in the comments below.