Though Bitcoin remains the brand most associated with cryptocurrency, Ethereum is topping the charts in India.

When one mentions cryptocurrency, it’s safe to assume that Bitcoin is the first thing to pop into the average person’s head. However, that may no longer be the case in India. The world’s second most populous country is finding its citizens more interested in Ethereum — the second-largest cryptocurrency by market capitalization — than Bitcoin.

As reported by Quartz, data provided by free internet provider Jana in its latest Mobile Majority report has shown that interest in Ethereum reigns supreme in the diverse South Asian country. Over the last five months, Ethereum has laid claim to a 34.4 percent share of digital currency-related searches — 4.5 percent higher than Bitcoin queries. 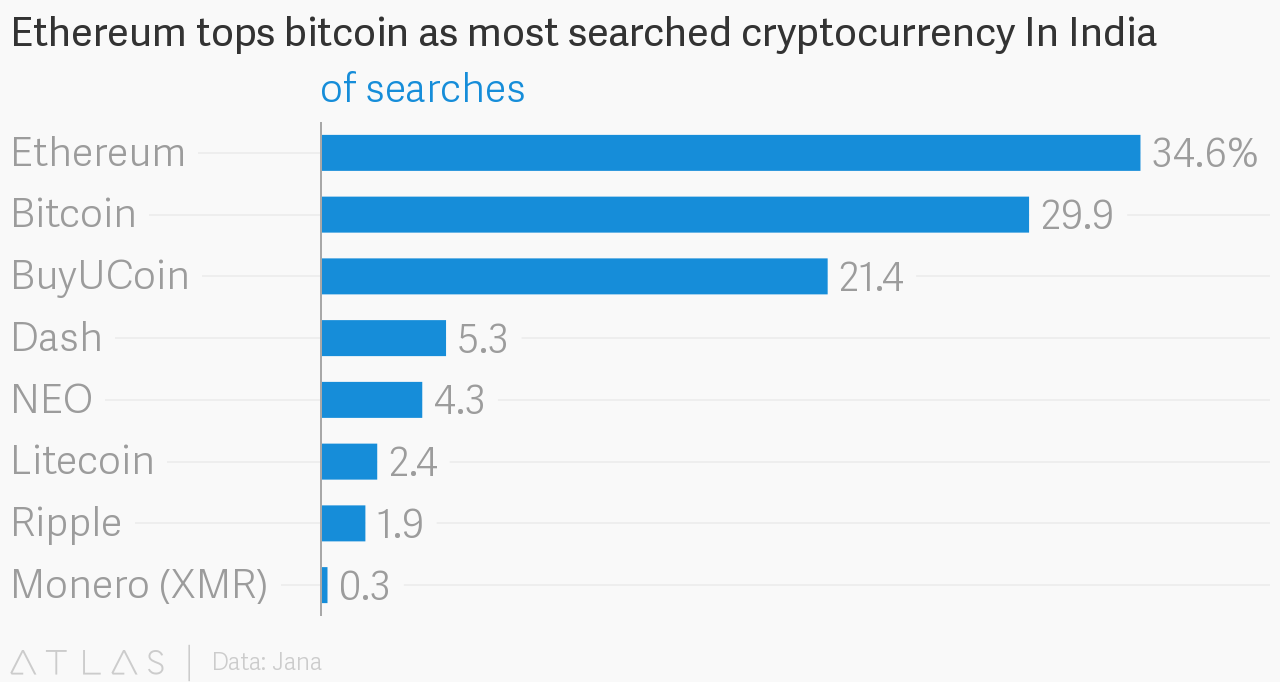 The other most searched cryptocurrency was BuyUCoin (NEM), which garnered a 21.4 percent share. Dash, NEO, Litecoin, Ripple, and Monero were also included — though were significantly less searched.

mCent is also an ad-driven platform, which all but ensures the fact that Ethereum-related advertisements vastly outnumbered Bitcoin-related ads — given that the fact that latter doesn’t really have ads, period.

Nevertheless, search queries for Ethereum on the platform doubled those of Bitcoin during the last week of February. 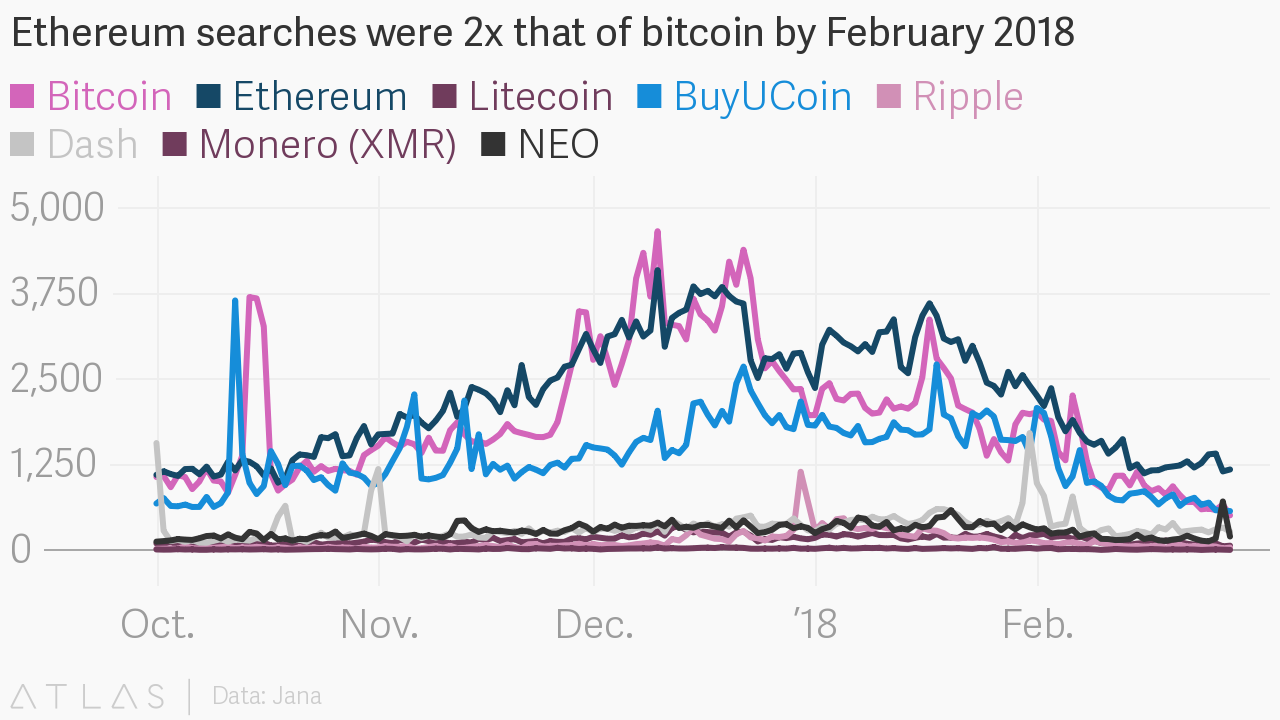 The study was conducted from October 2017 to February 2018. December was, unsurprisingly, the hottest month for cryptocurrency searches, as most digital currencies reached all-time highs in valuation.

A Measure of Interest

Of course, search queries are not an indicator of Ethereum surpassing Bitcoin in the number of transactions, but they are an indicator of interest. Nathan Eagle, CEO of Jana, explained to Quartz:

Search volume is a leading indicator of what has momentum and is showing signs of growth. It may not correspond to people buying more ethereum, but there’s certainly a lot more interest.

The first quarter of 2018 has been a rough one for cryptocurrencies marketwide.

In India, Finance Minister Arun Jaitley’s clear statement that digital currencies would not be accepted as legal tender in the country helped throw a wet blanket on cryptocurrency enthusiasm in the country — which has served as a FUD (Fear, Uncertainty, and Doubt) hotspot at times. Explained Eagle:

The government recommending shutting down exchanges and limiting currencies altogether, coupled with the decline in prices, has led to the feverish pitch waning away dramatically. There are still quite a lot of searches but maybe we’re getting closer to what a true steady state should look like.

What do you think of India’s increased interest in Ethereum? Let us know in the comments below!