Exclusive Interview with the Creator of Litecoin: Charlie Lee

We recently had the opportunity to  interview Charlie Lee at the Amsterdam conference.

Charlie Lee is the creator of Litecoin and recently joined the Coinbase team after working as an engineer for Google. He has earned a Master’s degree in electrical engineering and computer science at MIT. Litecoin has often been referred to as the “silver” of the cryptocurrency world for being second only to Bitcoin in popularity and value. 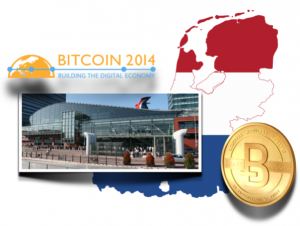 Bitcoinist: Okay, so here we are with Charlie Lee. Thank you for taking the time. 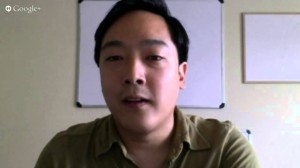 My first question would be: what would you suggest to those people who are just now trying to enter to the cryptocurrency world, mostly on the Litecoin business? What would you tell them? Is it still on time to get in there, or are they a little bit late?

C:   Sure. Well, it’s never late to get into Litecoin, Bitcoin or any cryptocurrency. So, in terms of people might think that it’s late to get into mining, I never view mining as a a profitable thing to do. Your mining is supporting that network, and if the Litecoin or Bitcoin takes off, the price of the currency will go up. So it’s not too late.

What are your expectations about Litecoin?

C: It’s not like we’ve reached the peak of the price. So I would suggest that you buy some coins and spend it. Use it, support it, and the coins and currency will take off.

Okay. What do you like to do when you’re not dealing with the business? What are your hobbies?

C:  What are my hobbies? I like to watch sports. I spend time with my family, my kids. So I think, with between working at Coinbase and my Litecoin work and spending time with my family there is not much time left for anything else.

Do you actually like this kind of lifestyle? Most of these milestone leaders in the sector say that they don’t really have time for family life or hobbies.

C: I do. I mean, cryptocurrency is just awesome. I love spending all my time with it. I guess I just have to set aside time for sleep.

I know you’re going to say Coinbase. But what would you chose, Coinbase or Google?

C:  I obviously chose Coinbase. I left Google to work at Coinbase about 9 months ago. Google was a great company, they paid well, they treat you well and you get work on awesome products like chrome box and stuff, but my heart is with cryptocurrency, so I decided to go all the way with cryptocurrency and went to Coinbase.

Where do you see yourself maybe let’s say in two years? It would be a dumb question to ask about the future of cryptos or Bitcoin but what would you say about your future and career? We are obviously one of the milestones in the sector.

C: Hard to say. Cryptocurrency moves really fast. We’ll see what happens with Bitcoin and Litecoin. I’ll probably might still be at Coinbase. Or maybe I might use something to myself. We’ll see.

Thank you so much!