Exclusive Interview with The Vericoin Team

Nowadays, innovation seems to be the fuel that steams the cryptocurrency ecosystem. Every Developer Team is trying to give their best contributes; but still, the market is asking for new features to make the use of crypto currencies increasingly easy. One of the Teams who aim to be on the edge of innovation is the VRC – Vericoin Team. The VRC project has been one of those works that have really shown high quality technical improvements in the field. The Team, composed by Patrick Nosker, Douglas Pike and David Boehm, has been the first team in crypto ecosystem to actively cooperate and actually present itself publicly to the community unravelling their plans and strong commitment to their project.

Following the recent events with the Mintpal VRC wallets attack, the team took action and prevented the worst.

We tried to get some insight about the project and this recent event in a close conversation with P. Nosker: 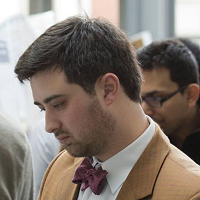 Can you tell us a little bit of Vericoin roadmap?

Our primary goal is to bring cryptocurrency to the masses. We are working to make it as easy to use as possible. We have released tools to use vericoin on a cell phone (VeriSMS/Android wallet), use it to pay for things in Bitcoin (VeriBit), and are working to make it possible to buy and sell VeriCoin using USD.

When did you first met your team and how did you come up with VRC?

(From Patrick’s perspective): David was my college roommate at Rutgers University and Doug is working on his PhD along with me also at Rutgers University. We have been interested in cryptocurrency since Satoshi’s whitepaper but realized that Bitcoin is a better large-value store (slow transaction times, high energy dependence, etc.) and there was no “cash” equivalent that is geared for the masses. We made VeriCoin fast (10x faster than Bitcoin), and ecofriendly (no mining). We are integrating easy-to-use features to allow for mass adoption.

What are your expectations for virtual currencies and what do you think will be the role of Vericoin in the future of “Cryptocurrency”?

Last Sunday, 13th of July Mintpal suffered a malicious attack that caused the exchange to lose all the vericoins in stack. I heard your team came up with a solution. Can you explain us what was made to prevent this robbery?

We noticed the stolen coins and reversed the blockchain to a time before the hack. We made a very tough decision but in our minds it was the only possible solution to the problem that would keep VeriCoin from being attacked.

Your team has been quite active since Vericoin launch. Since its very beginning, vericoin has presented new technology such as sms payments. You have been making enormous technological developments and upgrades; can you tell us a little bit more about this upgrades and features that insure VRC uniqueness?

We don’t have any details to share but we are progressing on making VeriCoin useful for the masses.

Do you think that there will be others following and cloning Vericoin Technological and special features?

Yes. VeriSMS has been cloned as has VeriBit. When somebody makes something useful on an open source platform, ideally those ideas will be adopted by others. We are flattered others consider our features to be something they want to clone.

The community has already seen some ugly moves before. What would be your answer to a tempting proposal that could end or overtake Vericoin project or could lead to disregard Vericoin’s Team initial proposal and planning?

We are not making VeriCoin to get rich but because we saw a real gap in the crypto world. We saw a void unfilled, too many scams and too many non-innovative coins trying to promote mass adoption. The two other developers and I are happy with our current lives and don’t envision “selling out.”

Special Thanks to the VRC Team.