How will the association with SYNCcoin affect the price and stability of VootCoin?

A: Due to the progress in development of both Vootcoin and Sync, we have built a strong foundation and this is will offer opportunities for new investors and will ultimately lead to stable and future growth.

Will VootCoin remain a single entity or be utilized in the SYNC brand?

A: We are discussing the potential of integrating both of the brands however nothing has been confirmed.A: There is no relationship between Open Bazaar and Voot. We are currently in development of VootMarket that will be of a similar concept, but it will have different features.A: Vootcloud and Vootmarket integration can occur, the details of which are very exciting but we cannot release them at this moment.

Can you explain the relationship between Voot and Open Bazaar?

There is no relationship between Open Bazaar and Voot. We are currently in development of VootMarket that will be of a similar concept, but it will have different features.

Will the network allow you to exchange files for voot anonymously?

Vootcloud and Vootmarket integration can occur, the details of which are very exciting but we cannot release them at this moment.

Is Vootcoin’s transaction time quicker or slower than bitcoin? 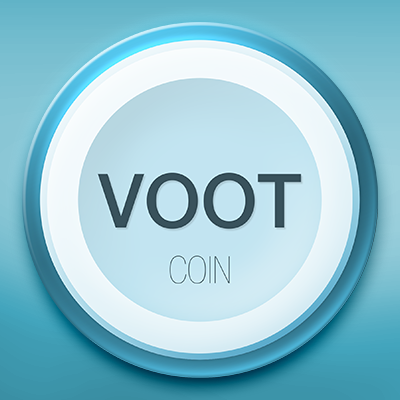 How exactly is the exchange anonymous. How do you make it anonymous?

What features should we expect from the exchange other than anonymity?

Is there any way in which sync and voot will be related other than having the same developer?

We are looking into collaboration and movement into structuring and combining the two coins. These is nothing clarified yet but we will look to the communities to give us advice on this continually as progression occurs.

How is Voot planning on setting itself apart than any other coin?

Through creative ideas and collaboration, our community is extremely stong and we are always positive in all the movements we are involved with.

Is the Vootmarket still in development? If so, how is the development moving along?

VootMarket is in development, obviously there is business situations that need to occur however the core code is created we have a lot more to develop with vootcoin.

VootCoin certainly has much potential considering that the release of their anonymous exchange is expected as of tomorrow. It will certainly be a big step in order to establish itself as a viable long-term coin. Not only this, sharing the same developer as SyncCoin is a great characteristic of the coin. Mainly due to the push made by SyncCoin to gain real life value. Rumors are also spread that VootCoin is going to be added to Btc38 on Friday which would be a great feat. However, this is all speculation considering it has been at the top of the voting for quite some time ago. VootCoin has some nice potential if all that has been promised is actually one, but just the way we have seen it happen. First, be cautious, and second, do your research to convince yourself to buy this coin. I always say it, and I will repeat it. Don’t base yourselves solely on what this interview says or my opinion. The decision is only yours, and you should make it a confident one.