Invisible War: How to Stop Being Screwed by Centralized Crypto Exchanges

The impetus behind Bitcoin’s success is, without doubt, society’s increasing demand decentralize money. Rapidly growing dissatisfaction with banks and governmental monetary policies have led people to seek new methods of storing and transferring value that would eliminate intermediaries, central authorities and regulators.

Being controlled by an algorithm and maintained by a decentralized community of miners, blockchain-based cryptocurrencies have created endless opportunities for the underbanked and unbanked. Add to that the decreased risk of fraud, censorship, and forced inflation, and it’s no wonder that cryptocurrencies have gained so much popularity.

Like all new technologies, however, there are growing pains. As the cryptocurrency market grew, a major flaw became evident – a rigidly centralized infrastructure that was too critical to the ecosystem to be able to do anything other than grin and bear it for years. 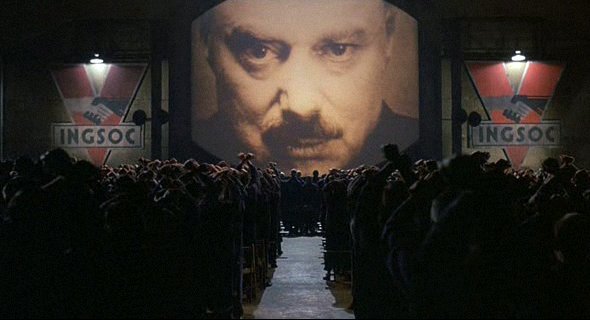 We are, of course, talking about the cryptocurrency exchanges. Back in the days of Bitcoin’s infancy, when cryptocurrency felt more like a brilliant game than anything else, we did not have a need for these institutions. Coins were stored in personal wallets and transferred in a peer-to-peer fashion.

But then Bitcoin became a valuable commodity, while at the same time dozens – hundreds – of new alternative cryptocurrencies (altcoins) were being introduced. Handling multiple cryptocurrency wallets quickly became cumbersome and, with the growing interest in altcoins, coupled with tokens becoming more popular, small trade forums could no longer keep up with growing demand.

Given the explosion of the crypto market, it was, perhaps, inevitable that someone would come along and create a large platform for cryptocurrency trading. Frequent and large-scale switching between crypto and fiat money required a traditional point of exchange. Those platforms had owners who became the intermediaries and guarantors, overseeing and facilitating thousands of trade contracts daily which were no longer trustless.

In the world of blockchain and cryptocurrency, which we see as being free, decentralized, and trustless, these centralized exchanges are a self-defeating concept. But what other alternative did crypto traders have at the time? We were, as they say, caught over a barrel. So the crypto community willingly handed their tokens and money into the custody of these new intermediaries, trusting that they would be safe. Mt. Gox, Bitstamp, Cryptsy, and other exchanges taught us otherwise. Our cryptocurrencies were vulnerable on these centralized exchanges – both to the possibility of an outside hack and to the threat of unscrupulous exchange operators.

Hackers and shady operators aside, centralized exchanges suffer from serious inherent flaws. The worst of these flaws are a lack of transparency and prevalent censorship. While it might never be proven, some exchange hacks are still thought by some to have been inside jobs and there is no getting around the fact that exchanges can make or break the fate of a token by virtue of their ability to unilaterally decide which tokens to list.

With the advance of blockchain technology and smart contracts, attempts were made to create autonomous decentralized exchanges meant to make the cryptocurrency marketplace a trustless and intermediary-free place again. This new breed of exchanges essentially provides the infrastructure for seamless peer-to-peer trading. This offers a number of very clear benefits compared to centralized exchanges:

Being non-profit services, decentralized exchanges suffer from slow trading engines and an extremely limited set of market instruments. Lack of even the most basic trading features like margin trading and lending make them ill-suited for active day-trading or speculation. As a result, most traders prefer to take risks for the sake of the features and more reliable performance that centralized exchanges provide. 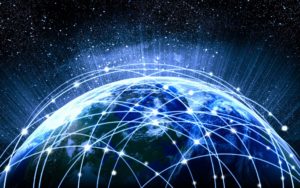 Today we are standing on the cusp of a major paradigm shift. The cryptocurrency market reached unthinkable heights last year and cryptocurrencies are becoming a widely used commodity. At the same time, with unrelenting hacker attacks and governmental pressure, it is just a question of time until the next centralized exchange goes kaput.

A new solution is needed – one that mitigates the risks inherent in centralized exchanges while offering the tools and performance that traders need. The team at EXPREAD believes that they have found that solution.

The system is a hybrid model effectively designed to combine the advantages of decentralized and centralized cryptocurrency exchange infrastructure and governance features.

Combining the best of both worlds, EXPREAD boasts sophisticated functionality and high-performance engine combined with high security, fully transparent and auditable operations, joint governance, and no single point of failure.

In a nutshell, while EXPREAD ecosystem will retain the concept of individual centralized exchanges, said exchanges will be connected in a seamless ecosystem all sharing one order book, trading engine, and liquidity pool.

With a shared liquidity pool, anyone will be able to create and maintain their own node of exchange, achieving formidable decentralization and great synergy value from the network effect as an added bonus.

2018 promises to be an important year for our platform as the team puts forth a global agenda in order to ensure its fast and sustainable development through acquiring strong partnerships and further funding.

We are inviting the active crypto enthusiasts to join our telegram global community in order to gain more insight directly from the founders and technical team of the platform.

Like other decentralized exchanges, however, the success of this platform depends upon global adoption and a loyal community of traders willing to maintain this infrastructure for the common benefit.

For more information about EXPREAD please visit expread.io and download the project whitepaper.