As cryptocurrency investors continue to see gains, it appears they’re also continuing to stay quiet about their earnings to avoid taxation from the IRS.

Where are the American Crypto Taxpayers?

With roughly a month and a half left until the April 17th tax filing deadline, the IRS has reportedly only received 18.3 million individual tax returns so far, 13% of the total expected. Although it is still early in the tax season, it appears as though American taxpayers are loath to report their gains and losses this year and the IRS is shocked – SHOCKED – at the turnout (or lack thereof).

Cryptocurrency trading saw a huge surge in 2017 as the price for Bitcoin skyrocketed, climbing from just around $1000 at the beginning January 2017 to a staggering all-time high of near $20,000 in December of that same year. Although it remains unclear exactly how many Americans hold bitcoin and other cryptocurrencies, early data from one of the leading online tax preparations services suggests that only 0.04% of U.S. tax filers have reported gains or losses involving cryptocurrencies to the IRS. This figure is in stark contrast with the 7% of Americans estimated to own cryptocurrency and presumably owe taxes on their investments.

Something isn’t Adding Up

Credit Karma, an online credit monitoring service that also offers free tax preparation and filing services, reported that of the 250,000 Americans who used their online tax services, less than 100 of them reported any taxable income derived from cryptocurrencies – that’s less than 0.0004%.

In contrast, in a recent joint survey conducted by Credit Karma Tax and Qualtrics, 2,000 American cryptocurrency owners were polled and 57% of them stated that they’d realized gains on their cryptocurrency investments – taxable revenue in the eyes of the IRS. Further, 59% of respondents admitted that they had never reported those gains to the IRS. It is a revelation that Jagjit Chawla, General Manager for Credit Karma Tax, was unsurprised by. He explained that Americans with more complex tax situations tend to file closer to the deadline; adding:

However, given the popularity of Bitcoin and cryptocurrencies in 2017, we’d expect more people to be reporting. 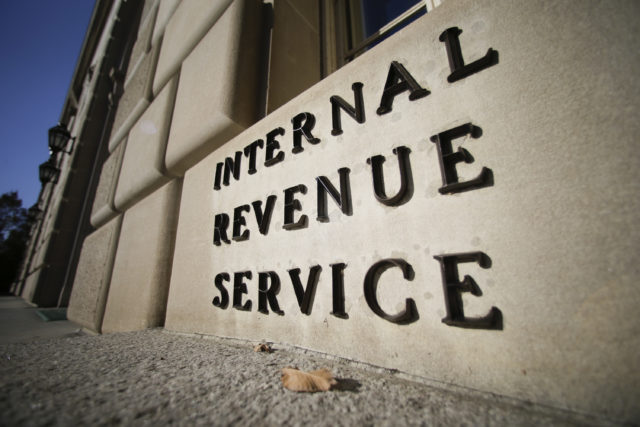 The IRS hasn’t Forgotten About You

Listen, the IRS is going to come after people. People are making real money now. So the IRS isn’t stupid.

Just last year, the IRS successfully sued Coinbase, a popular cryptocurrency exchange, for access to customer records after less than 1,000 people reported losses or gains from Bitcoin in 2015.

So to all of our American readers and crypto investors – it’s time to get ready. The tax man cometh, and with April 17th not too far off, he’ll be here before you know it.

Do you report your crypto earnings? Have you ever NOT reported them? Other than suing exchanges and clearinghouses like Coinbase, what realistic way does the IRS have of verifying taxpayers crypto earnings? Tell us your thoughts in the comments below.