Bitcoin and cryptocurrency is seriously big business in South Korea, and none more so than amongst the millennial generation. But the recent free-fall in prices across the board has caught many unawares and unable to cope.

Currently, even after February’s crash, the Korean won is still the third biggest currency for bitcoin trades. It trails some way behind the Japanese Yen and US Dollar but accounts for around half of trades outside these key currencies.

The country accounts for 17% of all ethereum trading, which is the second largest market. And around 30% of salaried workers have invested in cryptocurrency, 80% of whom are between 20 and 39.

Partly due to the structure of South Korean society. Although the economy seems to be in rude health, the benefits of this do not filter down to the younger generation.

Youth unemployment and underemployment (involuntarily working a job you are overqualified for) rates combined add up to almost 50%. Even those who do have good jobs have little hope of affording accommodation. In Seoul, the average deposit for rental housing is the equivalent of around US$400,000.

For many, after hearing the success stories of their peers, cryptocurrency investment seemed like a way out. 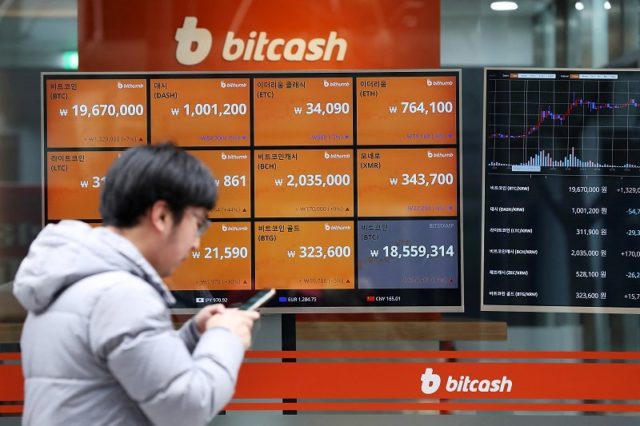 It’s All in the Timing

Mass adoption really took off in the Autumn of 2017. That’s not so different from the rest of the world, but the frenzy in South Korea led to a premium of up to 50% on the price of some coins. On the Korean markets, bitcoin fell from a high of US$25,000 to its current rate of around $7250.

Ironically, the threat (and subsequent implementation) of regulation, from a government keen to reign in the enthusiasm and safeguard the mental well-being of Korean youth, helped to bring about the fall.

Korean millennials were ill-equipped to deal with the emotional rollercoaster that is ‘business as usual’ for as long as I’ve known Bitcoin. Many had invested their life-savings in a desperate attempt to improve their situation.

This prompted a number of young traders to break things and post pictures to express their fury. Tragically some took things further, and several suicides have also been linked to the crash. Somebody should have been there to advise these young people, as clearly they didn’t fully appreciate the risks. Now, they must deal with the fallout from such a situation.

What are your thoughts on the often extreme responses to the volatile cryptocurrency market, both in Korea and elsewhere? What advice would you give to newcomers entering the crypto space? Let us know in the comments below.