Litecoin and ASICS: Effect on Market

We all know that Scrypt ASICS are now available for purchase, and miners have been hashing away at Scrypt coins, leaving GPU miners to scramble to under algorithms, most popular being Scrypt-n and x-11.

For example, take a look at what happened to Darkcoin. At a current market weighted average of 0.0098 BTC, this is the lowest it has been in 2 months, since May 28th. 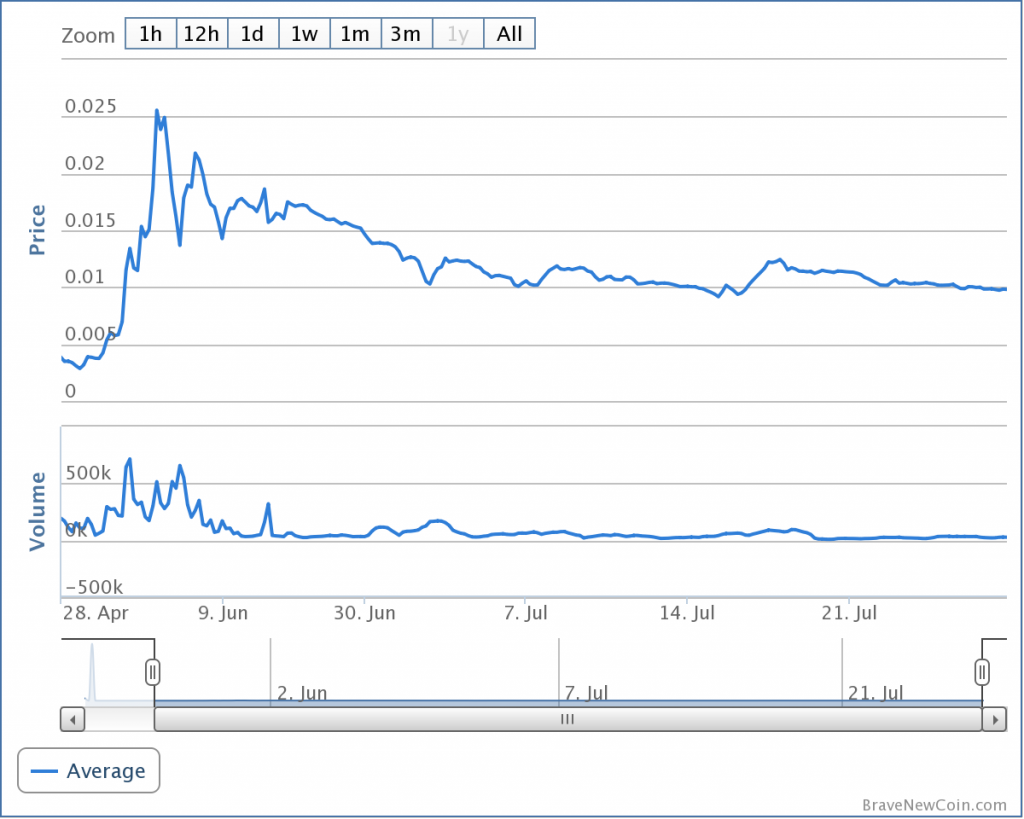 Volume has followed the same flat line pattern, with volume being the lowest it has been in 3 months, taking a massive reduction of 98% in total volume since peak.

Darkcoin difficulty as well is taking a hit, with current difficulty being only 50% of the difficulty at its peak. This is a sign of miners turning off their machines, abandoning ship, if you will. This may also explain why Darkcoins price has fell also, with miners exiting Darkcoin and trying to get rid of it as fast as possible.

Now the reason why this decrease in difficulty and price is happening could be an article in itself. But if I were to guess, it has something to do with Darksend, Darkcoins jewel.

Currently, Darksend is at RC4, and is STILL working out kinks, while other cryptocurencies such as Cloakcoin has an almost complete method of anonymity.

Below you can see that  Litecoins difficulty has increased significantly, in fact over 400% in the last 3 months surging from just over 5000 difficulty to a current difficulty of 22,725.Typically, a higher difficulty means a higher price, as production costs correlate with how much something is sold for.

But this is not the case. It seems that more miners are becoming online, but any coins generated are immediately sold, causing this downward pressure.

This only means one thing, that the difficulty is not high enough. If miners can still afford to dump coins at low prices, it means that miners can still effectively mine coins fast enough to compensate for the lowering price of dumping the coins.Once difficulty has raised it to where mining Litecoins requires more time and effort, I imagine prices to increase.

In the last 3 months, both price and volume have been decreasing, with the price taking less of a dip than volume.

Since the peak at $11.50 in  the last 3 months, Litecoin is now at a market weighted average price of $7.75, down 33% from the aforementioned highest price.

Volume, on the other hand, reached a peak of just over 650k Litecoins in volume on July 2nd. As of July 27th, total volume accounts for only approximately 110K Litecoins, or only 16.9% of peak volume.

Now to tie this all in, just look at when ASICs started shipping. If you check ZeusMiner update archives, for example, shipping of their Scrypt ASICS started shipping around the same 3 month time span. This is only temporary, and as all cryptocurrencies tend to shift toward equilibrium eventually, I fully expect for prices to rise back to normal, if not increase.

Charts from BraveNewCoin and Coinwarz