Ripple has already made waves with a flood of major partnerships and deals. Now, the third most valuable cryptocurrency by market cap has brought in a marketing strategist to help cement the company into mainstream consciousness.

Ripple is a complex beast, complete with a slew of major partnerships, a stack of newly-penned deals, a suite of in-house technologies, and a digital asset (XRP) which has seen some extreme volatility.

As a next step in the evolution of Ripple, the company has hired a chief marketing strategist to help solidify the cryptocurrency in the minds of investors and potential customers everywhere.

Bloomberg Television’s Cory Johnson has just recently confirmed to CNBC that he has officially started working for Ripple on Thursday, after calling it quits at Bloomberg — where he primarily covered technology for 8 years — earlier this week.

Johnson already has his work cut out for him. The company owns the vast majority of its tokens (XRP). The company’s holdings are currently worth $49 billion — which likely worries educated investors who’ve already witnessed the cost of one XRP plummet from $3.84 to $0.77 at press time.

Johnson will also be tasked with helping market a company aiming to sell blockchain-powered payment software to traditional financial institutions while conversely promoting its own cryptocurrency in a space entirely dominated by promises of decentralization and the undermining of those same financial institutions.

Many investors are also rightfully critical of the company’s XRP token, which currently has virtually no utility — though that is, admittedly, likely to change. 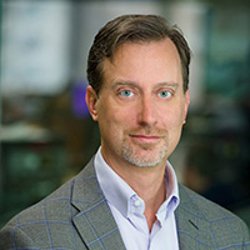 The role of Ripple as a company and XRP as a currency in financial markets, to regulators, financial institutions and investors could use more explaining. I’m going to try and explain, listen and set strategies to make it easy for Wall Street and the world of finance to understand what we’re doing.

According to CNBC, Johnson declined to comment on whether or not he’s receiving any XRP as part of his compensation. He did, however, comment on the distinct difference between Ripple the company and Ripple the token:

There’s this thing that the company doesn’t really control that needs to flourish for the company to flourish. It’s a really interesting symbiotic relationship.

What do you think of Ripple’s latest hire? Are you concerned with the fact that Ripple currently owns the vast majority of its XRP tokens? Let us know in the comments below!