Ripple’s XRP Market Cap May Be 47% Lower Than Advertised

Ripple, the company behind XRP, may be overstating the digital token’s real market cap by as much as 47 percent, according to cryptocurrency data company Messari.

A Hole in the Plot

According to a new Messari report, the total circulating supply of XRP [coin_price coin=ripple] is 21.8 billion. This differs significantly from data provided to third-party crypto data services such as CoinMarketCap, where the displayed circulating supply is around 41 billion XRP at the time of writing this.

The same is true for the cryptocurrency’s total market capitalization. The report suggests that the real market value of XRP is $6.9 billion against the widely reported $13 billion, based on the current USD-XRP exchange rate.

The report outlines that Ripple hasn’t shared any methodology or reference exchange data it uses in order to calculate the trading volume of XRP.

Additionally, more than 99% of the trading volume is apparently coming from overseas exchanges, where many of them have been suspected of wash trading.

Where Does the Difference Come From?

The reports states that 19.2 of the 41.0 billion XRP currently quoted as ‘in circulation’ may either be illiquid or subjected to ‘”significant selling restrictions.” 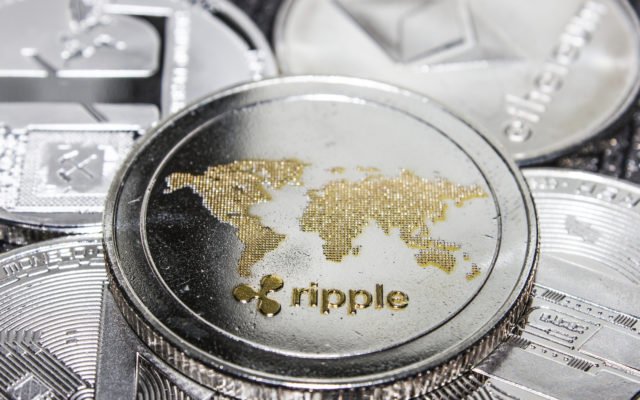 These include 6.7 billion XRP locked up on selling restrictions on co-founder Jed McCaleb.

An additional 5.9 billion XRP has been publicly committed but not donated to RippleWorks by the co-founder Chris Larsen.

The report also estimates 2.5 billion XRP held under selling restrictions on the wallet addresses of RippleWorks.

Lastly, the 4.1 billion XRP, which are sold through the company’s money services business called XRP II since 2016, could also be subject to re-selling restrictions.

What is more, the report also says that these estimates may be “conservative.”

The “illiquid” XRP, as quoted by Messari, combined with the 59 billion XRP that’s held on Ripple’s own balance sheets, could create ‘persistent sell-side pressure’ on the market, according to the researchers, depending on the structure of the above selling restrictions.

The XRP thing doesn’t have to be used on the Ripple network; you can use other things… If you look on Coinmarketcap.com it says there are 38 billion of them but there’s actually around 100 billion because the company has retained 61 billion on their own balance sheet.

In the meantime, talking to CNBC’s Arjun Kharpal at the World Economic Forum in Davos, Ripple’s CEO, Brad Garlinghouse, argued that XRP is more scalable and faster than Bitcoin. Nevertheless, he admitted to still owning bitcoin as it’s likely not going to zero.

The reason? He thinks it may become a store of value.

What do you think of Ripple’s potentially inflated market cap and circulating supply? Let us know in the comments below!