The coffee giant will supposedly not be accepting the cryptocurrency Bitcoin though, the first decentralized cryptocurrency to be released back in 2009. Schultz expressed skepticism over the currency, stating, “I don’t believe that Bitcoin is going to be a currency today or in the future,” without further explaining his doubts.

However, he did hint at the likelihood of Starbucks accepting other cryptocurrencies saying,

I personally believe that there is going to be a one or a few legitimate trusted digital currencies off of the blockchain technology. And that legitimacy and trust in terms of its consumer application will have to be legitimatized by a brand and a brick and mortar environment, where the consumer has trust and confidence in the company that is providing the transaction. 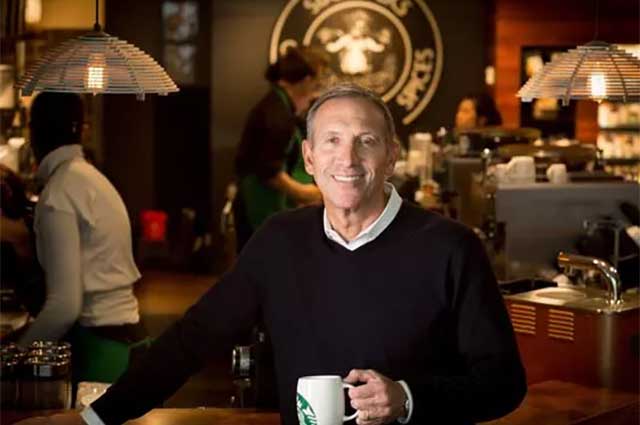 Schultz’s belief in blockchain technology is shared by other corporations who have either created their own blockchain, invested in a blockchain project, or begun to accept blockchain based cryptocurrencies. For example, Overstock now accepts payments in Bitcoin and other alt-coins, and Seagate Technologies has been reported to have large investments in the cryptocurrency Ripple (XRP).

The company is not prepared for any immediate adoption of the technologies but believes that it will be extremely influential in the coming years. Schultz sees the high potential the brand has to legitimize the technology and give the consumer trust and confidence in the company that is providing the transaction.

The chairman elaborated on the company’s dealings with blockchain, clarifying that the company will not be investing in any projects or creating their own.

Will more retailers move to accept cryptocurrencies and integrate blockchain payments? Is Starbucks making the right decision? Let us know your thoughts in the comments below!