Swiss Stock Exchange Chairman: E-Franc ‘Would be Good for the Economy’

As various countries around the world consider launching a state-issued cryptocurrency of their own, Switzerland gets on board with the idea — in an effort to maintain its status as the crypto capital of the world.

‘It Would Be Good for the Economy’

According to reports, Swiss stock exchange chairman Romeo Lacher has strongly suggested the country issue a cryptocurrency version of its fiat currency, the Swiss franc, in an effort to boost the local economy and accelerate the disuse of cash. Lacher told the Financial Times:

I believe there would be a lot of upsides, we would be strongly supportive … An e-franc under the control of the central bank would create a lot of synergies — so it would be good for the economy. I don’t like cash. 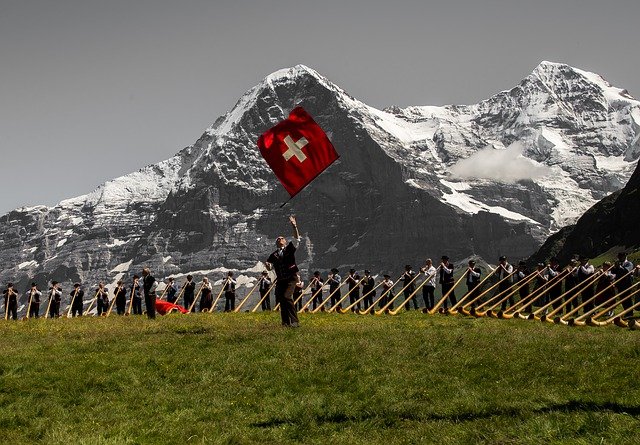 Sweden’s Riksbank has already suggested it will create an e-krona but the Swiss National Bank claims there is “no need” for a crypto franc in response to Lacher’s comments — citing the fact that neither cash-based nor cashless payment transactions in Switzerland have any underlying issues worth addressing with a digital currency.

Despite differences of opinion in regards to digitalizing the nation’s fiat currency, Switzerland remains one of the most pro-blockchain countries on the planet. Economics minister Johann Schneider-Ammann has gone on record to state that the country desires “to be the crypto-nation” — which has so far been the case, with a wealth of Initial Coin Offerings (ICOs) based in the Alpine country and the Swiss foundation’s support of Ethereum, the second most valuable cryptocurrency by market cap.

Still, going all in on blockchain technology and being ICO-friendly is not without its risks. Lacher told the Financial Times:

I think the strategic direction is good, but it’s like going into fog. You don’t know what you will see on the other side. Many mistakes will be made, but we will also learn a lot and I am sure, we will be successful. My worry is that until recently, the value of cryptocurrencies has only been in one direction — up. After the first ICO to collapse, there will be burnt fingers.

Nevertheless, Switzerland is certainly well ahead of the curve. The same can’t be said about many other countries in the developed world.

What is your opinion regarding cryptocurrency versions of fiat currencies? Is your country crypto-friendly? Let us know in the comments below!