Taking Cyber Security to the Next Level with R3Sec

Cyber attacks already take a heavy toll on companies the world over, and things are only going to get worse. However, R3Sec offers a solution to minimize intrusion time while making life miserable for would-be cybercriminals.

Cybersecurity threats can cost companies millions of dollars. To date, $1.2 billion has already been stolen from cyber attacks, and threats to cybersecurity may cause an estimated $6 trillion per year in damages by 2021. Stolen identities through security breaches at Equifax, Yahoo, Uber, and LinkedIn have cost $1 billion in the last three years alone, and the average cost per breach per company in 2017 was $3 million.

Stationary infrastructure, in particular, is an easy target for cybercriminals, who can easily learn and adapt their illegal tactics over time. According to SiteLock, “99% of hacked websites are comprised of blogs, non-profit and SME sites,” while Symantec claims that over 50% of attacks target SMEs (small-to-medium enterprises).

Because of this, companies are constantly required to update their security systems through patches and upgrades – neither of which can successfully keep up with the best and most effective hackers. Making matters worse, constant cybersecurity upgrades are expensive and only offer marginal improvements, and a global shortage of skilled cybersecurity professionals creates holes in existing technological safety nets. 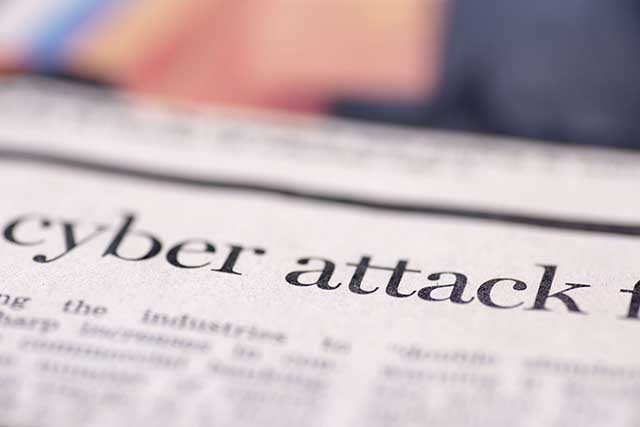 R3Sec MTD (Moving Target Defense) technology reduces the impact of cybersecurity intrusion to a minimum as it shifts the cybersecurity focus from vulnerability elimination to consequence management.

Moving Target Defense technology allows for the constant rotation of virtual machines in short intervals. For example, one may rotate between 5 online and 3 offline servers, which continually interrupts would-be cyber crimes and forces the re-initiation of cyber attacks. During the rotation, offline servers are continually cleansed of malware and damage. As noted by Terry Janssen Ph.D. (SAIC, Lockheed Martin):

Dynamically shifting the attack surface – it would make the intruders life much harder.

A spokesperson for Regional director of DHS Science and Technology directorate also noted that R3Sec’s technology “is the only MTD we stumbled upon that prevents or disrupts vulnerability or exploit, while still providing identical functionality.”

R3Sec’s MTD instant proactive protection is also easy to integrate and easy to use. Once set up, it successfully minimizes intruder access time and minimizes the effect of a successful breach – if a cyber attack is even able to get through. Thus, the cost of fighting cyber intrusion is greatly reduced, while the cost for would-be intruders is significantly increased.

R3Sec uses award-winning, proven, and patented self-cleansing intrusion tolerance technology, in addition to off-the-shelf technologies like VMware. Rotation frequency can even be set to once per minute, creating an ultra-low intruder residence time and greatly minimizing attack exposure.

Additionally, R3Sec solutions integrate seamlessly with on-premise system builders, a centralized cloud hosting partner, and even decentralized hosting systems such as the ones provided by Storj, FileCoin or Sonm. There are a multitude of IT-security advantages present when choosing decentralized hosting over traditional solutions, but that doesn’t mean they aren’t also vulnerable to intrusions and data leakage – which is why R3Sec is already in talks with Google Cloud, HP, Amazon Web Services, Sia, IPFS, and many others.

R3Sec’s Pre-ICO (Initial Coin Offering) is currently live and is offering a 30 percent bonus to early-bird investors. More than 14,808,395 have already been sold, and the Pre-Sale will end when 70 percent of tokens have been sold.

R3Sec’s Token ICO will begin in April 2018, with each token priced at $1. There will be a Token Sale Bonus up to 5 percent, with an extra 5 percent bonus if tokens are purchased with COR. Other accepted forms of payment include Bitcoin (BTC) and Ethereum (ETH).

To learn more about R3Sec’s products, see the company’s partners, read its whitepapers, join its whitelist, and follow its industry-leading team, check out the project’s official website.

What do you think about R3Sec’s Moving Target Defense technology? Are you interested in the project’s Pre-ICO? Let us know in the comments below!