Bitcoin price after correcting from its 2019 high of $5620 earlier this week, currently trades just under $5500.

At the same time, USDT production stepped up in April to almost reach its highest-ever level of $2.83 billion April 25.

As Bitcoin entrepreneur Alistair Milne noted on social media Thursday, the last time more than $2.8 billion worth of USDT tokens was in circulation was October 2018, at which time BTC price held at around $6250.

Since April 8, the USDT supply has increased by more than one third from its previous level of $2.08 billion.

Overall this month, BTC/USD [coin_price] has jumped by a broadly similar amount – at press time, 32 percent since April 1.

Sending Bitcoin Back Over $6k

Tether has frequently come in for criticism over its printing activities, pressure increasing in recent months after officials appeared to quietly remove promises that all tokens were backed by US dollars.

Having billed itself as the opposite of fractional reserve banking, the new descriptions of USDT being supported by unspecified “reserves” drew predictably undesirable comparisons.

Nonetheless, the potential room for growth compounds already strong sentiment among commentators that Bitcoin price can only go up, not down, from current levels. 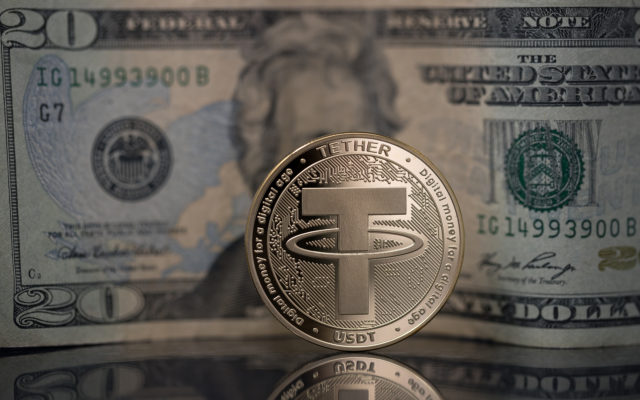 As Bitcoinist reported earlier this week, some of the industry’s best-known names have attributed high probabilities to the concept that the price of bitcoin has definitively bottomed.

Specifically, that ‘bottom’ came in December last year, when upheaval among developers of altcoin Bitcoin Cash caused BTC/USD to drop by almost half to $3100.

Not Out of the Woods Yet, But…

Buoying the bulls are factors centered on technical and adoption signs. Bitcoin economic activity, Bitcoinist noted this week, is around 30 percent higher than during the cryptocurrency’s all-time highs of $20,000 in December 2017.

Despite its lengthy bear market the following year, Bitcoin is nonetheless recovering strongly within the context of those highs.

The behavior sets Bitcoin further and further apart from altcoins, which have overwhelmingly lost more versus their best-ever price and broadly failed to recoup the losses in the interim.

Ethereum (ETH) is currently down 88 percent against Bitcoin’s 72 percent, while third-largest asset by market cap Ripple (XRP) is still down 90 percent.

What do you think about Tether supply versus Bitcoin price? Let us know in the comments below!