The CFTC Chairman just told the Senate Banking Committee he wants to respect the new generation in his approach to blockchain and crypto regulation.

On January 6, 2018, the chairman of the U.S. Commodity Futures Trading Commission (CFTC), J. Christopher Giancarlo, sat in front of the Senate Banking Committee and presented testimony on cryptocurrency and blockchain regulation.

This is actually testimony that was published in written format yesterday (and that’s available here, for anyone that wants to take a look) but the real coverage is hitting press today and, in turn, the real impact that this hearing and testimony is going to have on the cryptocurrency markets is likely to present itself during the late session on Tuesday.

You can watch the full hearing session below. The actual session begins at about the 18:35 mark.

First up, it’s worth noting that the markets (and, indeed, the financial world) are watching Giancarlo closely to try and gain insight into how US policymakers are set to approach this side of the cryptocurrency space.

For anyone that’s familiar with the more traditional financial and economic policymaking world, this event is akin to a Yellen speech in the US or a Draghi speech in Europe. Traders watch these events and trade their interpretation of what’s being said.

As such, if Giancarlo’s comments are seen as positive, it could be an inflection point for the crypto markets and could finally bring about a bottom to the recent crash.

Well, in a nutshell, the outcome is extremely positive for the sector.

A few things stand out.

First, that the CFTC intends to take the same approach that regulatory bodies took to the internet in its early days:

‘Do no harm’ was unquestionably the right approach to the development of the Internet. Similarly, I believe that do no harm is the right overarching approach for distributed ledger technology.

Regarding cryptocurrencies specifically, that the chairman went on to say:

Virtual currencies, however, likely require more attentive regulatory oversight in key areas, especially to the extent that retail investors are attracted to this space.

The comment is worth noting but it’s not a point to dwell on. After all:

…the CFTC does NOT have regulatory jurisdiction over markets or platforms conducting cash or “spot” transactions in virtual currencies or over participants on those platforms. For such virtual currency spot markets, CFTC only has enforcement jurisdiction to investigate and, as appropriate, conduct civil enforcement action against fraud and manipulation.

So even if the CFTC did want to regulate the space, there’s not an awful lot it can do in the spot markets. This isn’t the case with derivative markets (so, futures, for example) but as far as the major exchanges are concerned, there’s very little the CFTC can do to stymie growth. 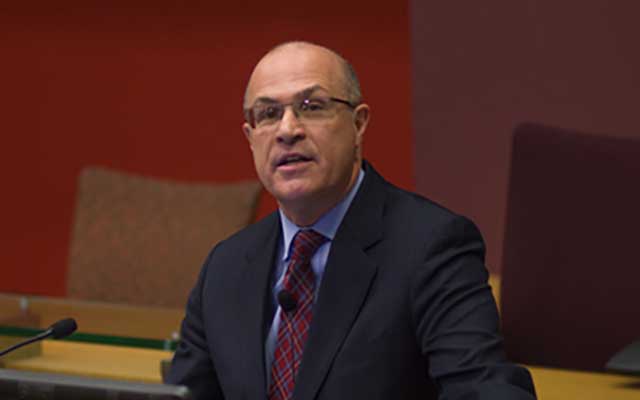 And here’s one of the most important statements, as we see it, from the entire presentation:

We owe it to this new generation to respect their interest in this new technology with a thoughtful regulatory approach.

From a market perspective, this is incredibly bullish. It suggests the regulatory opinion as of now is one that intends to avoid heavy-handedness (unlike what we’ve seen in China, etc.) and, in turn, should pave the way for growth, albeit controlled, long-term.

What are your thoughts on this? Can this be the catalyst for a longer term reversal? Let us know below!