These are still very early days for crypto markets, and rising stars can fall just as quickly. Just ten days ago, one altcoin was looking to be the Next Big Thing, surging into the top ten and reaching the number six spot in the market capacity charts in a couple of days. Things can change quickly in crypto land, and a wave of social media FUD and PR blunders has brought Tron back down to earth.

There can be fierce rivalry and loyalty over different virtual currencies on social media, and this can produce waves of sentiment that can actually influence the performance of a token, in addition to the presence of a few whales and the odd shill. Tron has seen this first hand as it has fallen from grace and out of favor for often fickle and inexperienced crypto traders.

TRX reached an all-time high of $0.28 on January 5th following a bucket load of publicity, a surge of 1700% since December 15th of last year. It has peaked and plummeted in the past month from $0.015 to its summit and then back again to $0.08, falling back a massive 70%. The USA Commerce cites this collapse to a number of PR blunders from the team at Tronix who are very active on Twitter.

The first major setback for the cryptocurrency was the posts circulating on social media that the white paper had been somehow plagiarized. Founder Justin Sun has taken to Twitter to offer up an explanation in which he essentially blamed the translators for the problem by saying:

Our original version of the whitepaper is in Chinese and we have a very detailed reference to the latest Chinese version. The English, Korea, Japanese and Spanish versions are translated by the volunteers. The translation missed numerous important details not just reference.

Add to this the omission of South Korean exchanges from analytics website Coinmarketcap, and the price continued to decline. Newbie traders panicked and a selloff ensued.

Tron has announced a number of partnerships recently, but they seem to have been a little over-hyped. Sun has taken to the micro-blogging platform to extol the virtues of his platform by claiming access to millions of Chinese users through new partnerships, such as the one he called Chinese Netflix. The company, Baofeng, will be using Tron in their hardware division, which does not directly relate to millions of new users. 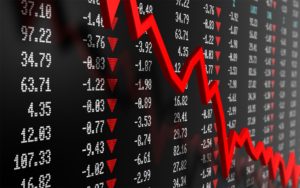 According to a Medium post, the company has also hired tech experts from Alibaba, including Lucien Chen, who will head the team. There are also vague links with big investors, such as Feng Li, who apparently was one of the initial investors in Coinbase back in 2011.

Tronix has recently announced applications for registration in Japan where it is hoped that the coin will be listed:

We have officially filed the application to the financial regulators in Japan. Several Japanese exchanges will list us once the application is approved by the government.

There have also been rumours circulating on Reddit of a Tron coin burn in the next couple of months. This should reduce the total overall supply, which is 100 billion, and make the token more appealing to investors.

Considering this cryptocurrency has come from nothing to $0.10 in around six weeks, it is still an impressive feat despite the recent slide. However, in the fast-paced world of crypto trading, patience is a commodity in short supply, and those investing in Tron will need some to wait for those clouds of FUD to clear.

[Disclaimer: the author of this article is a holder of Tron (TRX)].

Is Tron destined for greater things or will the token be gone by the end of the year? Add your comments below.