The US Treasury Department has cautioned investors that Venezuela’s Petro could be in violation of Washington-imposed financial sanctions.

In December last year, Venezuelan president Nicolás Maduro announced that his government would be creating a digital currency, the Petro. In a country that is rapidly spiraling into a financial abyss, Maduro sees the state-controlled cryptocurrency as a sanction workaround and subsequently, a way to improve the country’s deep economic problems.

During his annual message on the 15th of January, President Maduro stated:

The center of financial policy will be the consolidation of the Petro. This cryptocurrency is the future of humanity. Venezuela has entered the future.

However, the US Treasury Department doesn’t agree. According to Firstpost, the department cautioned a possible sanction violation through the usage of the digital currency. 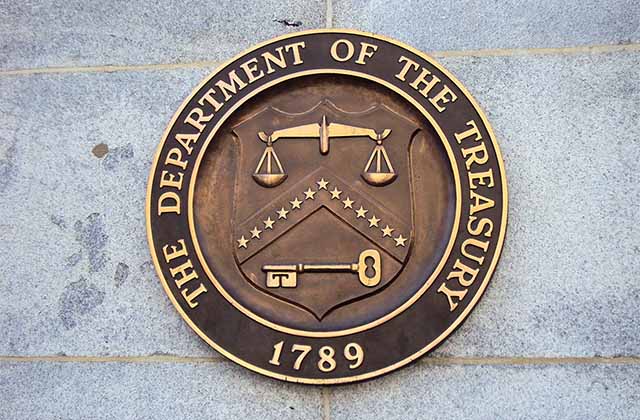 Coming up Short on Sanction Evasion

Because of these sanctions, the country is unable to refinance its seemingly insurmountable mountain of debt. In addition, thanks to hyperinflation, Venezuela’s fiat currency, the bolivar, has dropped to record lows.

A representative for the department previously told Reuters:

The Petro digital currency would appear to be an extension of credit to the Venezuelan government (and) could therefore expose US persons to legal risk. (It) is another attempt to prop up the Maduro regime, while further looting the resources of the Venezuelan people.

This is a concern also shared by the country’s opposition Congress, who have stated that they will not recognize the Petro. They have also questioned the legality of the Petro as using oil to issue debt is unlawful.

Maduro has said that each Petro will be backed by, and will cost the same as, one barrel of oil. In addition, he has said that 100 million petros will be issued soon with a subsequent value of approximately $6 billion. However, Maduro’s government has not detailed how and when investors will receive the actual oil.

A document seen by Reuters shows that VIBE, a crypto advisory group working with the government, has proposed that Maduro first sell $2.3 billion worth of Petro privately, with a discount of up to 60%. The public would then be able to buy their share of $2.7 billion worth of Petro one month after the private sale. The remaining petros would be divided between the Venezuelan government and VIBE.

The document went on to add that tax can be paid in petros and that PDVSA, the state-owned oil company, can use the crypto to help facilitate cross-border payments.

VIBE also suggested that the Petro token be developed on the Ethereum network, a popular choice in the virtual currency industry. An anonymous source noted that the contents of the document have allegedly already been discussed by government officials.

According to Maduro, exchanges would deal with both bolivars and cryptocurrencies when trading with the pre-mined petros.

Do you think that these issues will put a dent in investor interest and contribution for the Petro? Let us know in the comments below!