Wyoming is introducing a bill that will put cryptocurrency like Bitcoin on the same legal footing as money. The bill will also provide a precise classification of digital assets, especially for custody administration.

Cryptocurrency to Have the Same Legal Status as Money

Sponsored by Sen. Tara Nethercott (R-WY) along with five other state Senators and Representatives, the proposed bill titled “Digital assets-existing law,” calls for the proper classification of virtual assets. The bill also seeks to create a legal framework for virtual asset custody via banks instead of other financial institutions.

According to the bill, virtual assets fall under three categories: securities, assets, and currency. The bill sponsors believe that cryptocurrencies like bitcoin fall under the currency category giving them the same legal status as money.

7/ That treatment solves what some called #bitcoin‘s Achilles heel—that old liens may pop up years later & hurt owners. The bill proposes that liens expire after 2 yrs—that’s a HUGE reason to store coins in a Wyoming custodian (cleanse them of possible unknown liens). #GoWyo

With Bitcoin classified as money, BTC transactions can become interest-free according to Article 9 of the Uniform Commercial Code (UCC). This classification also extends property rights to cryptocurrency owners removing the need for intermediaries in peer-to-peer transactions. 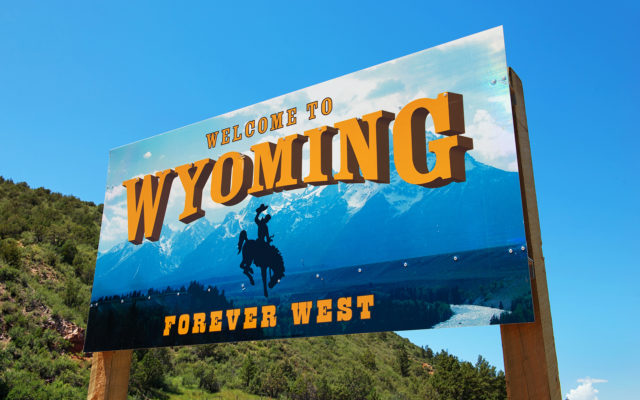 Concerning custody, the bill seeks to create a framework for banks to act as qualified custodians of digital assets. Based on this framework, banks will offer digital asset custodial services akin to the type provided to mainstream securities.

Thus, banks offering such services will do so according to the SEC’s Custody of Funds or Securities by Investment Advisers. This means that such banks can offer cryptocurrency custodial services nationwide, which will be a step towards solving one of the nagging issues in the digital asset industry.

9/ #Wyoming banks would have option to OPT INTO an enhanced regulatory regime for digital asset custody which meets #SEC #CustodyRule requirements, incl surprise audits. Why important? This is a #Bank not a #TrustCompany. Banks can do biz in all 50 states but trust cos can’t

Speaking to Forbes about the benefits of the bill, Sen. Nethercott said:

The time is now to provide the pathway for blockchain and cryptocurrencies, and Wyoming has the nimbleness and responsiveness to the needs of these industries to respond accordingly to the growing and adapting landscapes of cryptocurrency.

Apart from the Digital assets-existing law bill, the Wyoming State Legislature is also considering other blockchain-related pieces of legislation. Rep. Jared Olsen (R-WY) and Sen. Chris Rothfuss (D-WY) along with a group of other lawmakers recently introduced the “Corporate stock-certificate tokens” bill. If passed, it will allow companies to issue blockchain-based share certificates.

Back in December 2018, Wyoming reinforced its reputation as a blockchain-friendly when it passed the blockchain bank bill. Companies like Cardano have even announced plans to move to the state.

Do you think cryptocurrencies should have the same legal status as money? Let us know your thoughts in the comments below.